Mural painted by Pope Francis, others to be dedicated Monday 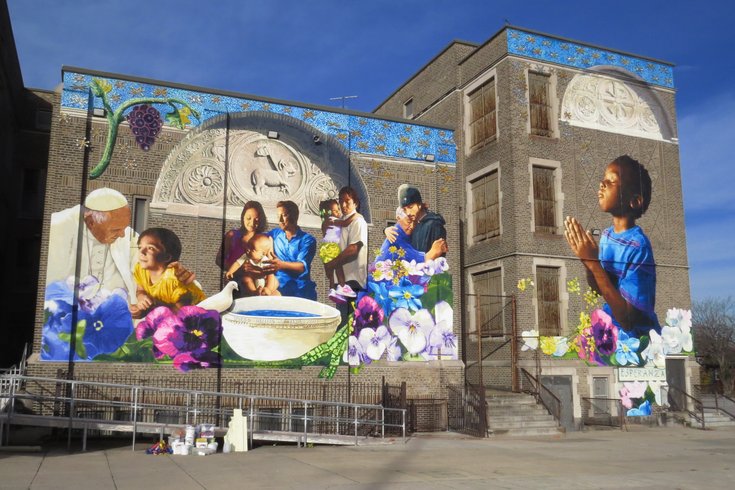 Pope Francis and more than 2,700 others helped paint this mural, titled "The Sacred Now: Faith and Family in the 21st Century," during the World Meeting of Families.

A mural that Pope Francis and more than 2,700 other people helped paint during the World Meeting of Families will be dedicated Monday morning.

The mural, titled "The Sacred Now: Faith and Family in the 21st Century," honors Pope Francis' visit to Philadelphia in late September. It set a new Guinness World Record for most contributions to a painting by numbers.

Participants from more than 100 countries helped paint the mural during a series of community paint days and the World Meeting of Families Congress.

Pope Francis served Mass to hundreds of thousands of pilgrims on the Benjamin Franklin Parkway, the conclusion to a whirlwind weekend in which he also spoke on immigration at Independence Hall and participated in a concert on the Parkway.