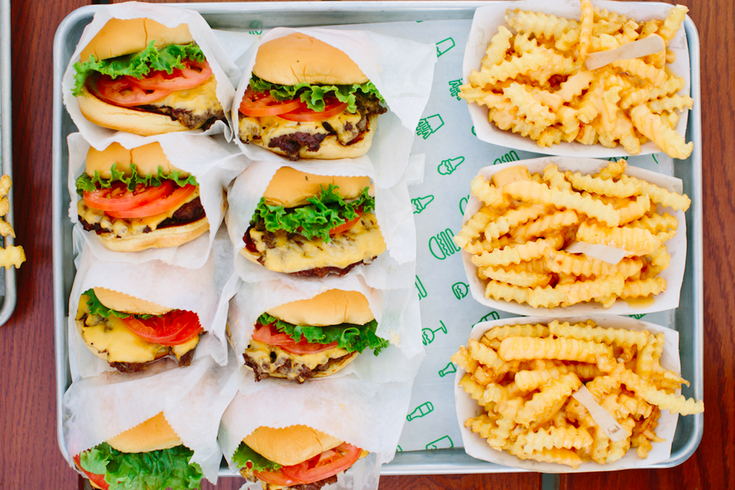 Burgers and fries from Shake Shack are pictured in the photo above.

There’s a brand new Shake Shack headed for Center City in a location sure to attract hordes of customers during the workday lunch hour.

The much-loved burger, hotdog and milkshake chain will open at 12th and Chestnut streets, not far from where the new Fashion District Philadelphia will be later this year. Shake Shack spokeswoman Kristyn Clark confirmed in an email that the location will be at 105 S. 12th St., on the ground floor of the White Building condominiums.

Philly.com reported Thursday that a pending zoning exception to convert three ground-floor units into one large space for the venue – first noted by BillyPenn.com – was not opposed at a recent community zoning hearing.

Clark said the new location is set to open in 2018, but there are no more specific details at this time.

This will be Shake Shack’s seventh location in the Philadelphia area, with locations currently in University City, Rittenhouse, the Wells Fargo Center and two in King of Prussia.

At the end of March, the Philadelphia metro area got another new location, this time in Marlton, Burlington County – the likes of which resulted in a viral video when one excited customer psyched out the store’s staff.