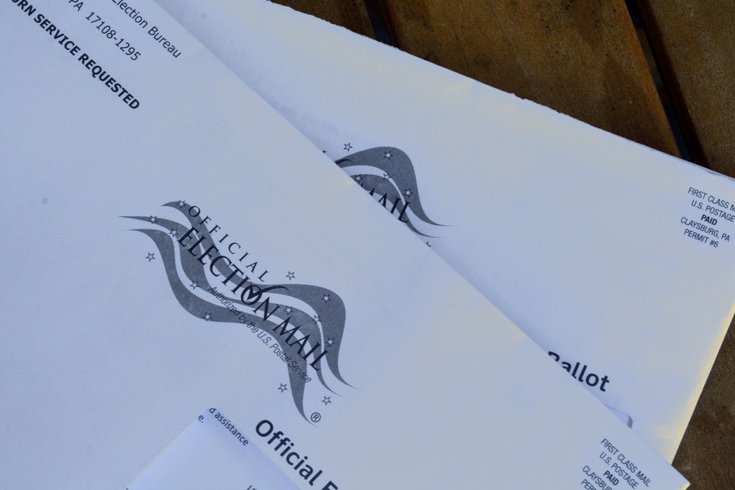 A Pennsylvania appeals court has struck down the commonwealth's 2019 mail-in voting law, though an appeal is in the works. The suit filed by a Republican county commissioner from Bradford County, as well as 14 legislators – 11 of whom voted for the mail-in ballot law.

A Pennsylvania appeals court has struck down the commonwealth's landmark 2019 mail-in voting law, though the near certainty of an appeal means voters might not notice a difference until the Supreme Court weighs in.

In a 49-page opinion issued by Judge Mary Hannah Leavitt on Friday morning, a five member panel of the court found 3-2 that the law, which allows all Pennsylvanians to vote by mail without an excuse, was unconstitutionally enacted as a statute, rather than being approved through the state's long and rigorous constitutional amendment process.

Otherwise, Leavitt expressed "no view on whether such a system should, or should not, be implemented as a matter of public policy."

The law, known as Act 77, was passed by the Republican-controlled General Assembly and signed by Democratic Gov. Tom Wolf in fall of 2019.

The suit was brought by a Republican county commissioner from Bradford County, as well as 14 legislators – 11 of whom voted for the law. In fact, in both chambers, all but two GOP lawmakers voted for the proposal.

At the time, it was seen as a bipartisan win that expanded voting access. Since then, millions of Pennsylvanians have used mail-in ballots to participate in democracy.

However, Republicans began to sour on the law, amid former President Donald Trump's baseless efforts to delegitimize mail-in votes in the lead up to the 2020 election.

In November 2020, after he lost Pennsylvania and the presidency, some of the former president's allies filed a similar suit to invalidate the law and have millions of legally cast mail-in ballots thrown out, likely handing the state's electoral votes to Trump instead of President Joe Biden.

The state Supreme Court rejected their arguments, but the court will likely hear them anew.

Adam Bonin, a Philadelphia elections attorney who often works for Democrats, told the Capital-Star he expected the ruling to be overturned on an appeal to the state Supreme Court, which the Wolf administration filed Friday afternoon.

"Not only do I expect this decision to be overturned, but it's crucial that the state Supreme Court act quickly to stay the effect of this decision," Bonin said.

With the appeal. Pennsylvania court procedure mandates that the lower court's order will automatically be stayed — meaning mail-in voting will remain legal until the high court issues a ruling.

While the decision creates another layer of uncertainty on the commonwealth's upcoming elections, the local officials who run elections are used to it by now, after years of court fights and legislative inaction on election law.

One county election official, who requested anonymity to speak candidly, expressed more displeasure about the timing than the ruling itself.

"An election director looks at this decision and says, 'who cares?' It's going to be appealed," they told the Capital-Star.

But with election day ticking closer, it does present the specter of a time crunch in a month or two, when the state Supreme Court has to issue a final order — and "we'll have no time to deal with the implications."

For Republicans, particularly those outside Harrisburg who didn't vote for it, the decision was vindication for their attacks on mail-in voting. GOP gubernatorial candidate Lou Barletta said that if the law remained in force if he was elected governor, he would seek to repeal it as soon as possible.

"Now we know that not only was Act 77 a terrible law, it was also unconstitutional and shouldn't have been passed in the first place," Barletta said.

His stance has been repeated across the Republican gubernatorial field — out of eight candidates in the field the Capital-Star has interviewed, five have called for the wholesale repeal of the law, the rest often promising to rollback portions of it.

Before Act 77, voters were restricted to two voting options specifically mentioned in the Pennsylvania state constitution — in-person at a polling place, or by absentee ballot.

"The Legislature shall, by general law, provide a manner in which, and the time and place at which, qualified electors who may, on the occurrence of any election, be absent from the municipality of their residence," the constitution says.

The section then mentions work, illness, or religious observances as a reason a voter may request an absentee ballot.

Combined with tight statutory timelines, Pennsylvania's absentee ballot laws were among the strictest in the nation, and there was bipartisan agreement among state and local officials as well as advocates to loosen these standards in fall of 2019.

What got the deal done was a trade. Wolf, a Democrat, agreed to sign a bill that would remove the option of straight-ticket voting from Pennsylvania ballots — a GOP priority — as well as let any voter apply for a mail-in ballot without an excuse up to 50 days before an election.

The bill sailed through the General Assembly in about a week. Legislative Democrats were skeptical about the straight-ticket voting repeal, but Wolf called it a "giant leap forward" and signed it into law surrounded by smiling Republican lawmakers.

If passed as an amendment, it would have taken at least two years to enact it — as well as voters' approval in a referendum.

Looking at the constitution's language, the Wolf administration had argued that "because there is no express prohibition … against legislation establishing a new system of mail-in voting, it must be allowed," Leavitt wrote.

Instead, she pointed to a 1920s Lancaster County voting case and a ruling on if Civil War soldiers at the front line could vote. The Legislature's discretion applied only to picking voting machines, she argued, and the constitution's language implies all voting, besides the specific absentee exemption, must be in-person.

In a dissenting opinion, Judge Michael Wojcik, joined by one colleague, called the argument a "faulty premise."

Instead, Wojcik said the court should, quoting an earlier ruling, "proceed to our task by presuming constitutionality in part because … our sister branches take seriously their constitutional oaths."

One small matter also remains unclear, Wojcik noted. While the court struck down Act 77, the majority opinion does not mention the fate of the repeal of straight ticket voting. Going off of precedent, "if the no-excuse mail-in provisions of Act 77 are found to be unconstitutional, all of Act 77's provisions are void," Wojcik wrote, meaning voters could once again have the option of voting for a whole ticket with one button.

But Bruce Ledewitz, a specialist in Pennsylvania constitutional law at Duquesne University Law School, said that the legal risk to Act 77 was known at the time the Legislature passed Act 77.

Ledewitz, a Capital-Star opinion contributor,  pointed to a small section near the end of the 125-page statute, in which the Legislature wrote that any challenges to the law had to be filed within 180 days of its enactment.

"The Legislature knew they may be wrong, everybody knew this was exactly the issue," Ledewitz told the Capital-Star. "It's not shocking."

The challenge instead came months after the window for a challenge closed, after Trump's 2020 loss, from U.S. Rep. Mike Kelly, R-16th District, as well as a number of losing Republican candidates. The suit argued that 2.6 million mail-in votes should be invalidated, and the law tossed.

In rejecting the case, the state Supreme Court ruled on the timing and requested remedy — which would have set up a Trump victory — more than the substance of the challenge, Ledewitz noted.

In fact, at least one member of the high court,, Justice Sallie Updyke Mundy, signed onto an opinion expressing interest in hearing the full arguments against Act 77 even though she disagreed with tossing the 2020 results.

"I think both sides have a good legal case," Ledewitz said. He expected the case might not necessarily follow party lines on the liberal-majority court.

Overall, he downplayed the eventual outcome.

"People who want to vote, vote," Ledewitz said. "I think there's a lot less at stake than people think there is."

But Kadida Kenner, executive director of the New Pennsylvania Project, disagrees. Kenner, whose group tries to encourage voting and expand the electorate, was concerned that the ruling could have a chilling effect on people who don't often engage in politics.

But with an appeal likely, Kenner expressed confidence in the state Supreme Court to reverse the decision.

"We're encouraging everyone who wants to vote by mail to keep requesting a ballot in 2022," she said.

This article was originally published by Pennsylvania Capital-Star.