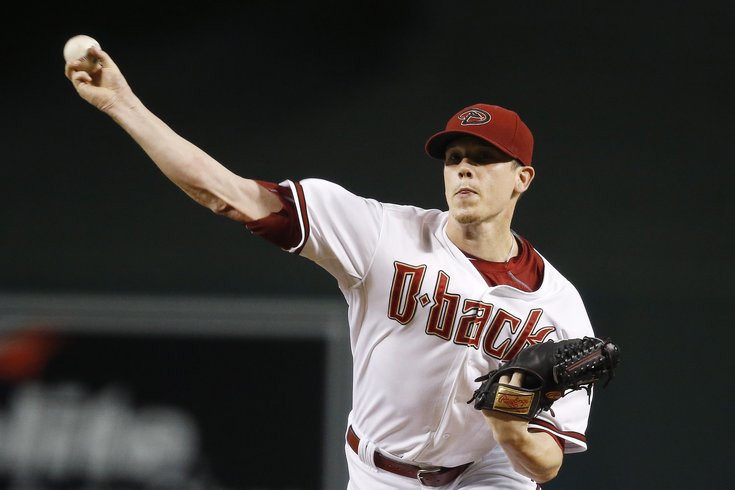 The Phillies finalized deals with their last two arbitration-eligible players on Friday, the day all major league teams and such players were scheduled to exchange salary figures.

The contract with Gomez, for a reported $1.4 million, was agreed upon late Thursday night. The deal with Hellickson, for $7 million according to CSNPhilly, was finished on Friday morning. Hellickson and Gomez figure to be experienced veteran presences for the rotation and bullpen, respectively, for the young and rebuilding Phillies in 2016.

The 29-year-old Hellickson, acquired in a November trade with Arizona for pitching prospect Sam McWilliams, was in his third year of arbitration. He earned $4.275 million last season with the Diamondbacks; he went 9-12 with a 4.62 ERA in 27 starts in 2015.

Earlier this week, the Phillies also reached a deal with their only other arbitration-eligible player, shortstop Freddy Galvis. The arbitration process is set to enter high gear for all teams on Friday, when teams and their respective players are to exchange salary figures, which would set up the parameters for arbitration hearings next month if agreements are not reached beforehand.

Before factoring the several still-unsigned, pre-arbitration players that will also populate the Opening Day roster, the latest contracts take the Phillies current payroll just under $90 million. Just five players account for $63.87 million of those dollars, including three pitchers who might not even throw a pitch for the team in 2016: Ryan Howard ($25 million), Matt Harrison ($13.2 million), Carlos Ruiz ($8.5 million), Cliff Lee ($12.5 million), and Miguel Alfredo Gonzalez ($4.67 million).

Due to an inability to stay healthy, Harrison, acquired in the Cole Hamels trade, has appeared in just nine major league games since 2012, none with the Phillies. Lee’s aforementioned money comes courtesy of the buyout clause in his contract; Gonzalez was removed from the 40-man roster late last season.

Howard and Ruiz, the last two players that remain from the 2008 World Series champion Phillies, are each entering the final years of their contracts.