Phillies 2022 preview: The bullpen has nowhere to go but up 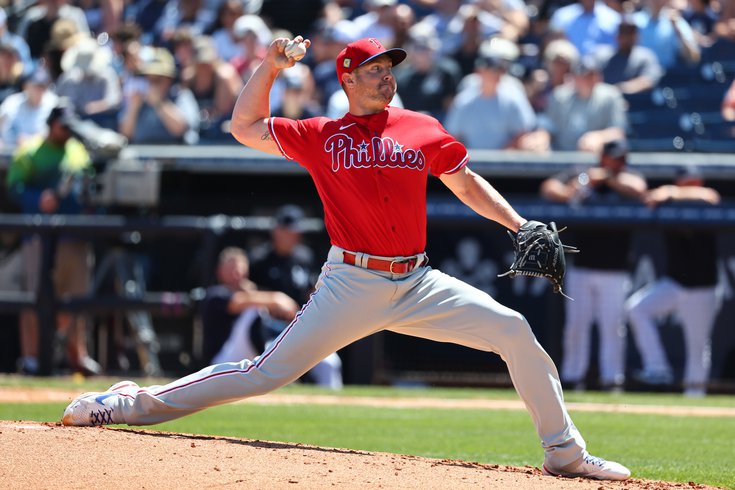 For what it's worth, the Phillies are +100 to make the expanded playoff field this fall (via bet online.ag) and their over/under win total is 86.5 (via Caesars).

Our final breakdown focuses at the bullpen ...

I'm not sure a single unit in Philly sports has caused more anger and frustration, deservedly so, than the Phillies' bullpen the last two seasons. Phillies relief pitchers were 28th in ERA in 2021 (4.60). They were tied for the most blown saves with 34. They were an abject disaster and even worse in 2020, when they were historically deficient. In that shortened season, Phillies relievers had a mind-blowing 7.06 ERA. It was the worst single-season bullpen era since the 1936 season, when the Philadelphia Athletics' relievers had an improbable 8.26 ERA and the 'pen for the Saint Louis Browns recorded an ERA of 7.29.

Few things go together better than the Philadelphia baseball and futility!

The Phillies brought in 30-year-old reliever Corey Knebel on a one-year deal worth $10 million to help. Knebel spent the 2021 season with the Dodgers, but missed a huge chunk of time, appearing in only 27 games. He had a 2.45 ERA in that small-sample size. Knebel was an All-Star in the 2017 season with Milwaukee, sporting a 1.78 ERA in 79 appearances with 39 saves. With a career 3.23 ERA, it feels like that performance may just be an outlier, but the Phils are banking on getting production at least close to that to bring some stability to this rotten bullpen.

Next, 32-year-old Brad Hand, a three-time All-Star, is in Philly on a one-year deal as well. He's projected to have a 3.86 ERA in 2022 on baseball-reference. Being merely decent is a huge step up for the 'pen!  Fun with small-sample sizes: Hand has a 15.43 postseason ERA in 2.1 innings pitched. That's the playoff experience the Phils desperately need!

Jeurys Familia is the third former All-Star reliever the Phillies brought in this season on yet another one-year contract. Familia led the National League in saves with 51 in 2016, but had a 4.62 ERA in his last three seasons (156 appearances) with the Mets. Yikes! He'll be right at home at CBP.

What about the hold-overs? Jose Alvardo and his 4.20 ERA is back in the 'pen. Connor Brodgon, who had a 3.43 ERA in 57.2 innings pitched in 2021, bring some semblance of competency to a rocky unit. Bailey Falter, who turns 25 this month and was a rookie last season, could get a chance to establish himself at some point in 2022.

The Phillies should be hoping that their starters can consistently go deep into games to mitigate the damage this shaking bullpen could unleash.

Here are projections for how the closer and/or high-leverage reliever for each team in the National League East will perform this year. These numbers are taken from Fangraphs' Steamer system:

As I wrote above, the three new relievers that the Phils will be relying on heavily are all in their 30s and on one-year deals. They won't be factors for this team behind a season or possibly two.

It's difficult to project relief pitching prospects at times. Pitching prospects that rise as starters through the minors may end up converting to relievers down the line. It wouldn't feel too far-fetched to see someone like Hans Crouse, who made two starts for the Phillies in 2021 and is the team's sixth-ranked prospect on MLB.com, see some action as a reliever this season. The franchise should be optimistic that some of their high-end pitching prospects pan out as major league starters, but the bullpen is always an option down the line.