Questlove was asked to design a spatula for charity, and here's what he came up with 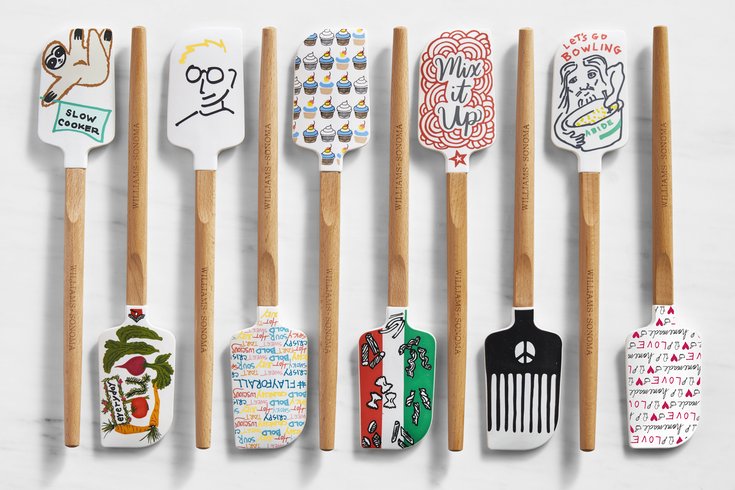 Now, fans of The Roots can bring home a little piece of drummer Ahmir "Questlove" Thompson and feel pretty good about it in the process.

Questlove, who hails from Philadelphia, was one of 10 celebrities, including Kristen Bell, Bobby Flay and Ayesha Curry, who teamed up with Williams Sonoma's sixth annual campaign to raise money for No Kid Hungry, a nonprofit that aims to end child hunger across the country.

This year, the "Tools for Change" campaign turned to the celebrities to brainstorm creative concepts for a set of limited-edition spatulas that run for $12.95 each, with 30 percent of the proceeds going toward the nonprofit.

Williams Sonoma hopes to raise $2 million, "which will help connect children in need to nearly 20 million meals," it said in a news release.

The company first debuted the spatulas two weeks ago, but Questlove took to his own "foodie" Instagram, @questlovesfood, just recently to promote his idea. It looks like the Grammy Award-winning musician didn't have to look too far for inspiration.

"My spatula design is based on the afro pick I wear in my hair," he said in a statement. "The reasons are simple, and the reasons are several: it has resonance with power, peace, self-possession, and self-awareness. Those are all different kinds of food for the soul. This spatula helps with food for the body."

Questlove was nominated for a James Beard Award in the organization's Nonfiction category for his book, "Something to Food About: Exploring Creativity with Innovative Chefs," published in April 2016.

Explore all of the celebrities' concepts here.