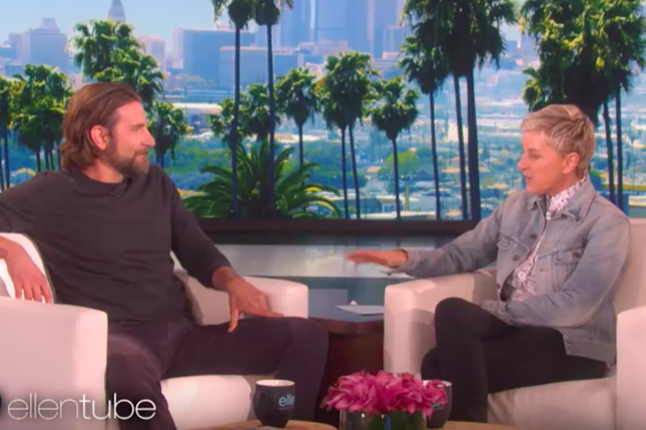 For a good month, Bradley Cooper has been virtually silent about the birth of his daughter, Lea De Seine Shayk Cooper, with model girlfriend Irina Shayk. No pictures. No social media posts. Nothing.

Usually candid and always jovial in his interviews, Cooper has made it pretty clear he would prefer to keep the details of his newfound fatherhood private.

If anyone had an outside chance to get something out of him, you'd have imagine it's Ellen DeGeneres, who has been a major friend and supporter of the Philadelphia-area native. Last Friday, Cooper joined "The Ellen Degeneres Show" for his first interview since the big news broke.

Much to our chagrin, Ellen respected Cooper's embargo on baby talk. She did, however, manage to sneak in a backhanded reference to "American Sniper," where the actor famously (and hilariously) held a fake baby whose fakeness, in a serious film, created visible tension in the scene. The two also discussed Cooper's role as a first-time director on another remake of "A Star is Born," in which Cooper and Lady Gaga will share leading roles.