Week 16 NFL picks: Rounding up the experts' predictions for Eagles vs. Cowboys 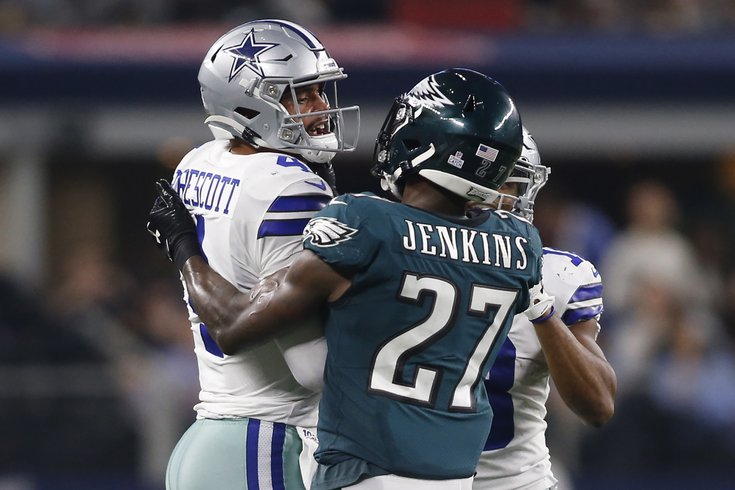 There's a very good chance that the Eagles 2019 season is over by Sunday evening. A loss to the Cowboys this weekend would end the team's hopes of making the playoffs, with Dallas clinching the division with a win, and would render their Week 17 matchup against the Giants meaningless. An Eagles' win, however, and suddenly the Birds will find themselves playing again for their playoff lives on the final Sunday of the regular season.

Other than that, this is just another standard Philly-Dallas matchup at the Linc.

Of course, you probably already know what's at stake for both teams in Week 16 in what amounts to a de-facto NFC East Championship Game — unless of course the Eagles somehow win this and then drop the ball against New York in the finale, which would be extremely 2019 Eagles of them.

Both teams will be coming in with injury concerns, but with Dak Prescott looking ready to play on Sunday, the Eagles will clearly be the side more effected by those injuries. But in Week 16, there are no excuses. If the Eagles are hoping to make a playoff run, they're going to have to do it with the healthy players they have and no one else. Of course, that's easier said than done given the number of big name players they've already lost this season.

How will that all play out in South Philly on Sunday? We've already broken down the aforementioned injuries on both sides of the ball, given you some matchups to watch and offered our own predictions for this big NFC East battle. Now, as we do every week, it's time to take a look around the nation to see how various experts, both local and national, see Sunday's game playing out...

This line was Cowboys (-2.5) before news emerged that Dak Prescott has an injured shoulder. I don't think anyone realistically believes that he won't play on Sunday, but maybe his shoulder injury will significantly hamper him from throwing the ball down the field.

• ESPN staff: All nine of their experts are picking the Cowboys to beat the Birds on Sunday.

There's no question that the Cowboys' best game is better than the Eagles' best game. There's also no telling if the Cowboys could play anything approximating their best game two weeks in a row, because that hasn't happened since their September stroll through tomato can alley. At least both teams enter Sunday feeling better about their rushing attacks, with Dallas' offensive line carrying the team a week ago and Philly rookie Miles Sanders turning into his offense's key player. I can't imagine anyone picking this game with confidence, but the Cowboys still appear to have more routes to win, more players who could take over the game, more ways to justify a playoff berth.

• CBSSports.com staff: Five of their eight writers are picking the Eagles to pull off the upset this week, including Pete Prisco, who sees a 23-20 win for the Birds.

If the Cowboys win, they win the division. If the Eagles win, they likely will. So this is enormous. The Cowboys seemed to right things last week in beating the Rams, but that won't show up here. The Eagles at home will find enough offense from Carson Wentz to pull off a tough, hard-fought victory.

MORE: Eagles vs. Cowboys: Predictions, odds and more for Week 16

• OddsShark: Their computer model has the Eagles beating the Cowboys by about four points on Sunday.

Head says Cowboys, heart says Eagles — especially after the way the Eagles performed down the stretch in 2017 and 2018 when seemingly overmatched.

The Cowboys are the best team in the NFC East, not that that’s saying much. They’ll win in Philadelphia, rest their starters in Week 17, and get ready to host a playoff game.

Once again, injuries are a major storyline ahead of a critical NFC East battle between the Dallas Cowboys and Philadelphia Eagles, who are getting 2.5 points at home after back-to-back skin-of-their-teeth victories to stay alive in the playoff race.

It's really difficult to get a strong read on this game until more is known about the statuses of Prescott, Smith, Johnson and Agholor, but at the moment, the majority of our experts are reluctantly rolling with a Dallas team that does appear to be in better shape all around.

The line was Cowboys (-2.5) on Wednesday but moved to Cowboys (-1) on Thursday. The Eagles can win, but they’ve been a mediocre team for two years running, and Dallas is clearly more talented. If the two teams swapped head coaches before the season, I think the Cowboys would have a two- or three-game lead in the division. Prescott feeds Amari Cooper, the Eagles’ WR situation proves too much to overcome, and Dallas captures the NFC East.

• SBNation staff: Just two of their 10 writers are picking the Eagles to knock off the Cowboys in Week 16.

• Bleeding Green Nation staff: By normal standards, this is quite an even split for the BGN crew, with five of their nine writers picking the Eagles.

• Philadelphia Inquirer: All four of their Eagles writers are taking the Cowboys on Sunday, including Les Bowen:

... There is a path to winning this game for the Eagles, involving generating a robust run game, busting a few screens for big yardage, and not turning the ball over, while limiting Ezekiel Elliott and making Prescott’s arm beat them. But the group we’ve seen the past several weeks now is not one I trust to do these things consistently enough to win against a talented opponent.

I credit the Eagles for being resilient and tough, to get to this point. They’re going to need more than that on Sunday.

• NJ.com staff: Just two of their six writers are picking the Eagles to beat Dallas. Eagles beat writer Zack Rosenblatt is not one of them:

Yes, this actually might be the biggest game of Carson Wentz’s career. The Eagles are finally on a winning track, but the Cowboys also just killed the Rams. Having the game in Philadelphia is an edge, but all things being equal, the Cowboys probably have more talent, especially on offense. The Eagles can’t afford to start slow and will need the Cowboys to go back into full-on meltdown mode to win this one. Their elite WR group of Amari Cooper, Michael Gallup and Randall Cobb will ultimately prove to be the difference, though that might not matter if Dak Prescott’s shoulder is worse than Dallas is letting on.

Alright, Eagles: Here is your chance to begin to right all the wrongs of your 2019 season. While the scenario for the Cowboys is simple — beat Philadelphia, eliminate the rival from the playoffs and win the NFC East title — the Eagles have a more complicated path to the playoffs. But, first things first, they have to beat Dallas at home. Considering the injuries still impacting the Eagles, we don't like their chances against a Cowboys team finally feeling good about itself.

The Cowboys' and Eagles' offenses are operating at two different speeds. Dallas is loaded with skill players around Dak Prescott, and Philadelphia will have trouble containing them. The Eagles are operating with a compressed attack around Carson Wentz, which plays into the Cowboys' bend-but-don't-break mentality. Dallas won the first matchup 37-10 and is the better, healthier team. The Cowboys can carry their momentum from the Rams win while the Eagles run out of luck after escapes against the Giants and Redskins.