The hip-hop collective, which performs tonight in town, shares secrets on how to hack it while on the road 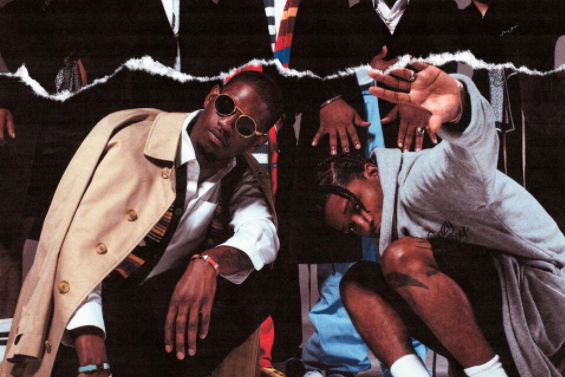 New York-based hip hop collective A$AP Mob stormed onto the scene in 2012 with a self-released viral mixtape and haven’t looked back since, going on to claim #1 album spots on the Billboard charts while also impacting the worlds of fashion, art, and film.

Comprised of rappers, record producers, video directors, and fashion designers, The Mob has earned both critical and popular acclaim for their swag-heavy trunk rattling sound, keeping their rabid fanbase satisfied with a steady output of music releases and various other projects.

The Mob’s most well-known member, A$AP Rocky, is one of the most ubiquitous figures in pop culture and a good measure for just how large the collective’s impact has been. Serving as creative director at MTV and the face of Dior Homme, Rocky’s style and sound has caught the attention of the industry’s leading eyes and ears, earning two features on Lana Del Rey’s recent critically acclaimed album and even landing a role in "Zoolander 2."

It’s been a busy summer for The Mob, touring across the U.S. and rolling out A$AP Twelvyy’s debut album 12, a new mixtape from A$AP Ferg, and also a full-on collective release. Ahead of The Mob’s performance tonight at the Mann Center, we caught up with A$AP Twelvyy to figure out how the rap superstar stays sane while on tour, getting:

Tip #1 – You need wet wipes & Purell. You gon’ need that to stay clean, it gets real dirty out there on tour... (laughs)

Tip #2 – Get a video game system cuz’ there's a lot of down time. You gotta keep yourself entertained. We got the 2K, Madden, and Metal Gear Solid.

Tip #3 – Books and comics. You need that so you can stay enlightened.

Tip #4 – Meditation. You definitely gotta meditate to stay sane on the road.

Tip #5 – Get a journal. It helps me to stay creative, helps me plan, and it helps with my shot. Balling up paper for the trash got my shot on point.

In the words of A$AP Twelvyy: