Will the coronavirus pandemic make you a germaphobe? Probably not, but it may bring new habits 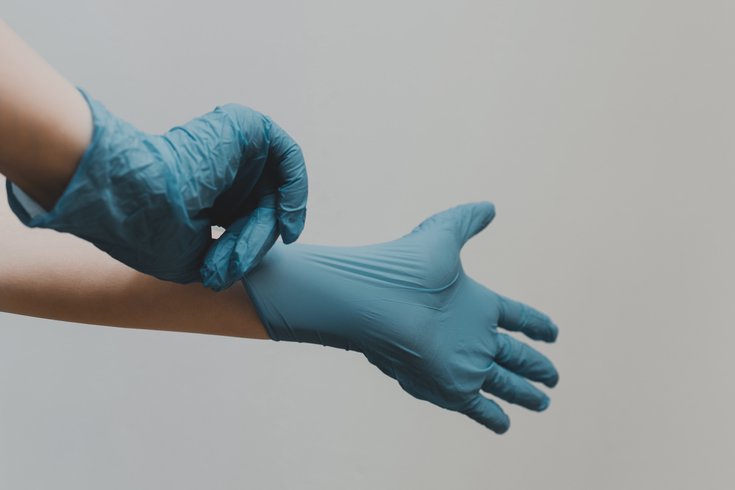 There will be long-lasting effects from the coronavirus pandemic, but a rise in the number of germaphobes – an obsessive compulsive disorder – is unlikely, mental health experts say.

It's been more than a month since the coronavirus brought the United States to a halt.

At this point, just about every American is shut inside, the result of stay-at-home orders issued by governors across the country.

On top of that, the U.S. Centers for Disease Control and Prevention has advised people to wash their hands frequently and to disinfect high-touch surfaces – everything from doorknobs and countertops to phones and keyboards. Officials now recommend people wear cloth masks in public. Some health experts even suggest wiping down packages, just to be safe.

For germaphobes, it's hell on earth and the confirmation of their worst fears, all at once.

But what about people who never really worried about the person coughing in the airplane seat beside them? When the coronavirus pandemic finally runs its course, will the trauma leave behind a nation full of germaphobes?

Mental health experts say that's an unlikely scenario. Some people may develop unrealistic fears of pathogens, but most will exit the pandemic unscathed – at least in this regard. The COVID-19 crisis could lead to a flood of other mental health issues.

Still, experts suggest some habits may stick, even if they don't rise to the level of being germaphobic.

"A lot of people are more hyper vigilant right now because there's a threat," said Dr. Philip J. Fizur, a clinical health psychologist at Cooper University Health Care. "Anxiety in small doses in the right situation is actually good. It's protective for us. It motivates us to keep us safe. That's the kind of thing that you're mostly seeing right now."

For most people, that anxiety will subside, psychologists say. Simply following the CDC guidelines is not enough to develop obsessive compulsive disorder, the clinical condition that encompasses most so-called germaphobes, which is more formally called mysophobia.

"If you compare your behavior to the habits of your peers and the community at large, are you following exaggerated precautions or does it fall within reason for you?" said Lily Brown, director of Penn Medicine's Center for the Treatment and Study of Anxiety. "That's always been the baseline of comparison."

The origins of germaphobia

People with OCD experience anxiety prompted by persistent, unwanted thoughts. They respond by taking added precautions to reduce their anxiety. For those with contamination-related OCD, that could mean compulsively washing their hands, disinfecting surfaces or avoiding social gatherings altogether.

But it creates a vicious cycle.

"The avoidance that people engage in causes a lot of relief of their anxiety in the short term," Brown said. "That calming effect is almost like a drug for people with anxiety. It becomes so reinforcing that, over time, there's this increased need to avoid more and more and more."

The cause of OCD isn't fully understood. Biological, genetic and learned behaviors could all be factors. A family history of OCD or experiencing stressful life events increase the risk of developing it.

"There's this kernel of truth to their behaviors," Brown said. "If I don't do this, the worst-case scenario is going to happen."

Yet children may be a bit more susceptible to developing OCD or related phobias.

Though Fizur doesn't foresee an influx of OCD diagnoses among children, he encouraged adults to have open conversations about the pandemic with children. This will help them contextualize and navigate a strange and, in some cases, fearful landscape.

"If the goal is to make sure that we prevent the development of pathology, having open, honest developmentally proper conversations with young people is a good one," Fizur said.

Though the COVID-19 crisis may not spawn a wave of germaphobes, other experts, like Meghan Pierce, a La Salle University marketing professor who studies social behavior, expect behaviors to shift – and those changes could extend beyond the proliferation of Zoom events. Generation-defining events can have that effect.

People who lived through the Great Depression notoriously stashed cash throughout their homes, their distrust of banks forever palpable. They also scraped the last bit of peanut butter from the jar – and probably reused the container for something else.

That might be the most glaring example. But other events have prompted behavioral changes. Following the Great Recession, many people veered away from overt displays of consumerism, Pierce said.

"Because they were financially strapped, they started to buy-off brand goods," Pierce said. "Then they found out they were just as good as the name-brand goods. There was a real shift in consumption trends toward more simple products and more off-brand items.

"We also saw a surge in off-price retailers after the 2008 recession. Things like TJ Maxx, Marshalls and Home Goods really shot up during that time. ... Even thrift shopping became pretty popular among young people in terms of fashion statements and things like that."

The Sept. 11 attacks birthed a brief rush of materialism as Americans sought to soothe anxieties about mortality by purchasing stuff – a Western culture application of psychology's terror management theory.

Pierce suspects the coronavirus pandemic will shift personal behaviors. But attempting to pinpoint them now would be a purely speculative exercise, Pierce said.

Maybe people will wash their hands more frequently. Perhaps they'll always have a stash of Clorox wipes on hand. Or maybe people will become more adamant about staying home when sick, especially since many people can work remotely.

"Maybe that's not a bad thing. I'm wondering if anybody ever washed their hands before this," Pierce joked. "I'm sure there's going to be some of that, because we're socialized in our behaviors. We're products of the times in which we live."

That may not make people germaphobes. But it might help keep them healthy.