Do you have trouble opening jars? It might be a bigger problem than you realize

Low handgrip strength may be an indicator of underlying heart and lung conditions, research suggests 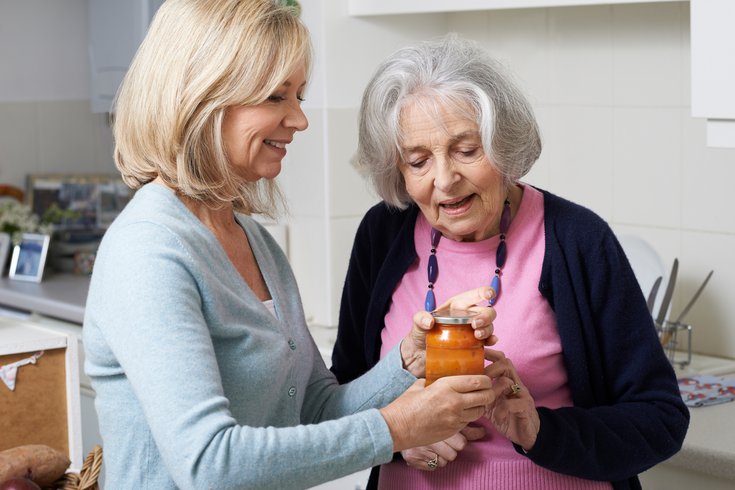 A lower handgrip strength may be a sign of an underlying health issue. It has been tied to a higher risk of heart disease, COPD and various cancers.

Low handgrip strength has been linked to various health conditions – and not just among older people.

Struggling to open jars or carry bags, even as a younger adult, may indicate a heart or lung issue. A lower grip strength has been tied to a higher risk of heart disease, COPD and various cancers. Some studies also have suggested that a weak handgrip is associated with a lower life expectancy.

But how weak must a handgrip be to prompt concern and further examination? Researchers have developed a new test that could help answer this question and, in turn, identify people with an increased risk of death.

"In general, handgrip strength depends on gender, age and the height of a person," said researcher Sergei Scherbov, of the International Institute For Applied Systems Analysis in Austria. "Our task was to find the threshold related to handgrip strength that would signal a practitioner to do further examinations if a patient's handgrip strength is below this threshold.

"It is similar to measuring blood pressure. When the level of blood pressure is outside of a particular range, the doctor can either decide to prescribe a particular medicine or to send the patient to a specialist for further examination."

Previous research has shown men ages 20-30 typically have the greatest strength, while women over age 75 have the least. The average grip strength is 101 pounds for men in their 20s; for women it is 64 pounds. But their grip strengths diminish to 86 pounds and 52 pounds by their 60s.

The latest study, conducted by Scherbov's team, found the threshold for an increased risk of death is more sensitive than what earlier studies have indicated.

A handgrip strength that is only slightly below the average of people of a similar sex, age and body height reduces the remaining life expectancy of people age 60 and older by 3 to 4 years for men and 1.4 to 2.6 years for women, the study found. However, a stronger than average handgrip strength does not reduce the risk of death.

Earlier studies have found that a lower than average grip strength is associated with the risk of heart failure. The lower the strength, the more likely the heart's structure and function have undergone significant changes. Other research has found a weaker grip is a strong predictor of cardiac death, all-cause mortality and hospitalization for heart failure.

For each 11-pound decrease in grip strength, the risk of dying of heart disease increases by 17%, Darryl Leong, a cardiologist at Hamilton Health Sciences and McMaster University in Canada, found. The risk of stroke increases by 9% and the risk of a heart attack increases by 7%.

One study even found that handgrip strength could predict survival from cancer, despite that survival depends on multiple factors including cancer type and time of diagnosis. In the study, patients were more likely to survive non-small-cell lung cancer if they had a stronger grip strength.

Obesity and diabetes also are associated with a weaker grip later in life.

Scherbov and his team recommend their handgrip strength test be used as a screening tool for middle-aged adults and seniors.

"It is important to point out that we are not suggesting that people should train handgrip strength in particular to decrease mortality risks," said researcher Sonja Spitzer, of the University of Vienna. "Most likely, if someone improves their handgrip strength through exercises, there will be no or very little impact on their overall health. However, low handgrip strength may serve as an indicator of disability because it reflects a low muscle strength, which is associated with a higher risk of death. A healthy lifestyle and exercise are still the best approaches to sustain good health or to improve it in the long term."

Loss of muscle tissue occurs all over the body during the aging process and due to certain health conditions. Diseases like heart disease, diabetes and cancer can affect the muscles' ability to generate force and their ability to function and move. Lower muscle function can occur from a range of factors, including reduced function of the heart, less efficiency in muscles, fatigue or loss of muscle tissue.

Conditions that can make it difficult to consume food, like cancer, also affect muscle mass and strength, studies have shown.