Live NFL free agency updates: Another Eagles target, CB Chris Harris, is off the board 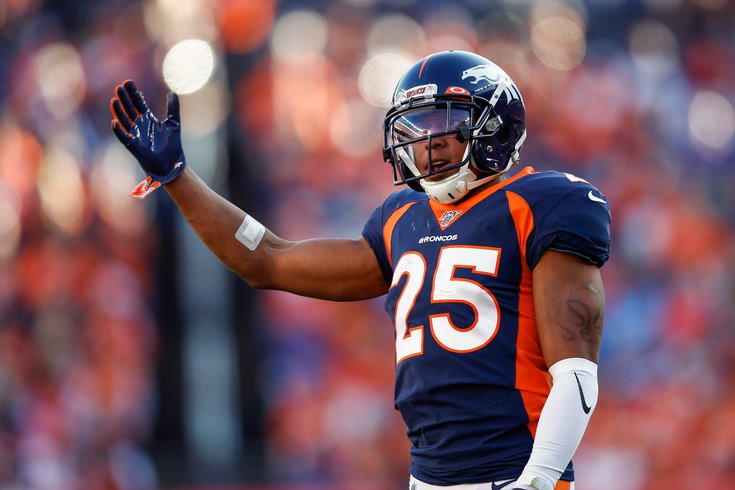 Chris Harris is off the board.

UPDATE [4:10 p.m.] — The new year has begin for the league, but due to coronavirus, signings may not trickle in as quickly as we are used to from previous seasons. That's because teams will not have results from physicals for a little while with many players and staffers working from home or self-quarantined.

Still, it hasn't stopped the NFL from producing some monster headlines this week. The Eagles have yet to make a big splash as far as acquisitions go (other than DT Javon Hargrave) — and they saw another one slip away as cornerback Chris Harris Jr. went to the Chargers shortly after the new league year passed.

CB Chris Harris tells me he is picking the Chargers.

Perhaps the team wasn't interested at all, despite reports, as the Eagles are clearly demonstrating they are abandoning their "old guy strategy" and trying to get younger. Harris is 31. We'll see if they pounce on anyone today or if they hang back and wait for some value later as free agency continues on.

Yes, we know, spending time thinking about the players a particular team did not wind up singing or trading for is a slippery slope and really is good for nothing.

The Eagles are making controversial moves thus far in free agency, and it's a bit confusing to figure out why they, say, decided to let Malcolm Jenkins walk and didn't try and keep Jordan Howard at a reasonable number. Or why they ponied up $39 million for a defensive tackle they technically didn't even need.

However, one other abstention for Howie Roseman and the Eagles front office is harder to take. They were not willing, apparently, to make a move for Deandre Hopkins, who was traded to Arizona for just a second-rounder and David Johnson. They did inquire about Hopkins, however, but apparently didn't think it was worth the cost, both in terms of compensation to the Texans and in terms of the new deal that Hopkins will likely be getting from the Cardinals.

Here's more from Adam Schefter's appearance on 97.5 The Fanatic this morning:

One problem is the Eagles have a lot of money already tied up in the wide receiver position. They have cap hits of $15.7 million for Alshon Jeffery and $8.6 million for DeSean Jackson. This sobering fact is frustrating for fans, who are simply waiting for the team to suck it up and cut ties with Jeffery despite the money they'll lose in dead cap space.

The other issue is what the Eagles would've had to give up in terms of assets, which would've included draft picks. With so many talented wide receivers expected to be available, perhaps Roseman simply didn't want to give up any of the draft ammunition he has collected and possibly plans to use to move up to get his guy.

The Eagles have a variety of needs as free agency officially begins at 4 p.m. Wednesday, including cornerback, safety, running back and of course wide receiver. Will they be the team to make headlines today, or will it be someone else?

Follow along all day with every piece of news during what is sure to be an interesting first day of the new league year right here with our open thread and live stream below: