It has mystery. It has drama. It has lots of powder-white wigs. 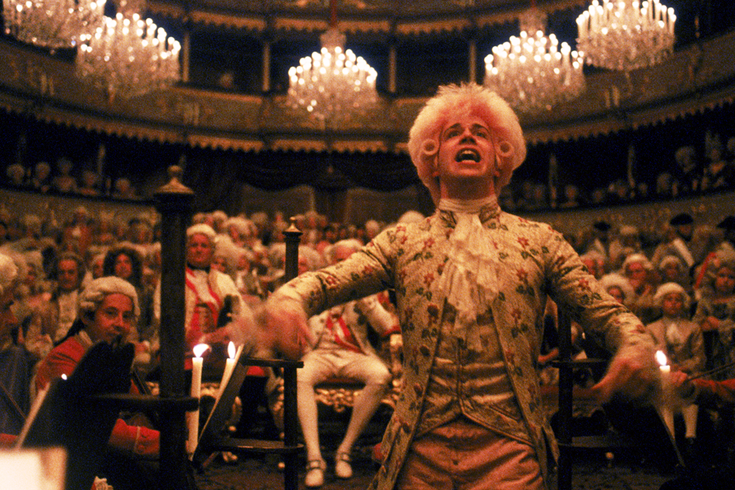 Courtesy of the Philadelphia Orchestra/PhillyVoice

An image from "Amadeus."

It has mystery. It has drama. It has lots of powder-white wigs.

The 1984 film "Amadeus" was one of the best movies to come from the decade, taking home eight statuettes at the 57th Academy Awards.

It won best film, best director, best actor and best adapted screenplay, among others. Its soundtrack is one of the most popular classical music recordings of all time.

For three nights, the Philadelphia Orchestra will perform the soundtrack to "Amadeus" as the movie is shown on the big screen.

RELATED: Fans of "S-Town" can get a behind-the-scenes look at the podcast's creation | Pennsylvania Ballet to perform "The Sleeping Beauty" | Enjoy one of Mozart's screwball comedies at Independence Mall

The movie tells the story of composer Antonio Salieri’s crippling envy of the more talented Wolfgang Amadeus Mozart. While the plot is mostly fictionalized, it's vastly entertaining.