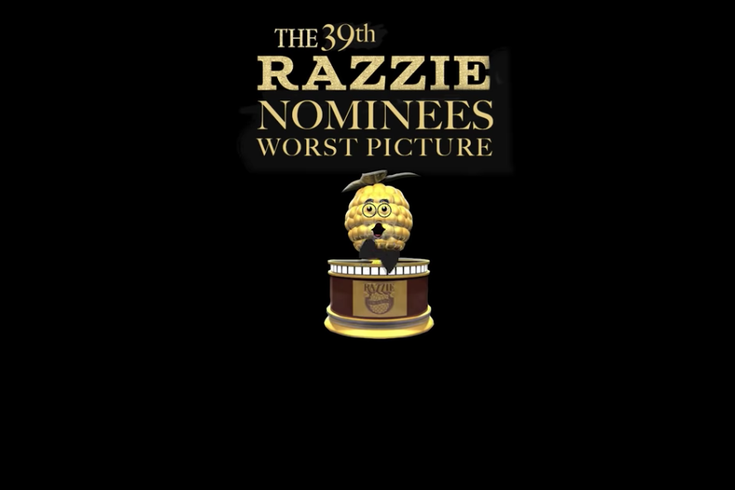 The Golden Raspberry Awards, otherwise known as the Razzie Awards, announced its nominations for its 39th annual ceremony. The awards show that gives 'distinction' to Hollywood's worst films this year gave nods toward President Donald Trump and the John Gotti film, “Gotti.”

With a rare zero percent score on Rotten Tomatoes, “Gotti” co-lead the nominations in six categories along with "Holmes and Watson" and "Happytime Murders."

"Fahrenheit 11/9," "Robin Hood," "Winchester," and "Death of a Nation" came in second to receive four nominations. "Fifty Shades Freed" is nominated in three categories, including worst screenplay and worst director.

Other worst screen combo nominees include Johnny Depp and "his fast-fading film career" for "Sherlock Gnomes,"  and  'any two actors or puppets' from "The Happytime Murders," noting, "especially in those creepy sex scenes."

But the real winner of the nominations is President Donald J. Trump who was nominated for playing himself in "Fahrenheit 11/9" and "Death of a Nation." He was nominated again along with his "self perpetuating pettiness" for worst screen combo. And if that wasn't enough, First Lady Melania Trump and White House counselor Kellyanne Conway were also nominated for worst supporting actress for being themselves in "Fahrenheit 11/9."
The Razzie Awards will be awarded Saturday, Feb. 23, the night before the Oscars. See below for the list of nominees.

Melissa McCarthy, The Happytime Murders and Life Of The Party

Donald J. Trump, Death of a Nation and Fahrenheit 11/9

Any Two Actors or Puppets (Especially in Those Creepy Sex Scenes), The Happytime Murders

Will Ferrell and John C. Reilly, Holmes and Watson

Donald J. Trump and His Self Perpetuating Pettiness, Death of a Nation and Fahrenheit 11/9

Death of a Nation

Death of a Nation