As Temple ramps up off-campus policing, one community leader sees many concerns to be addressed 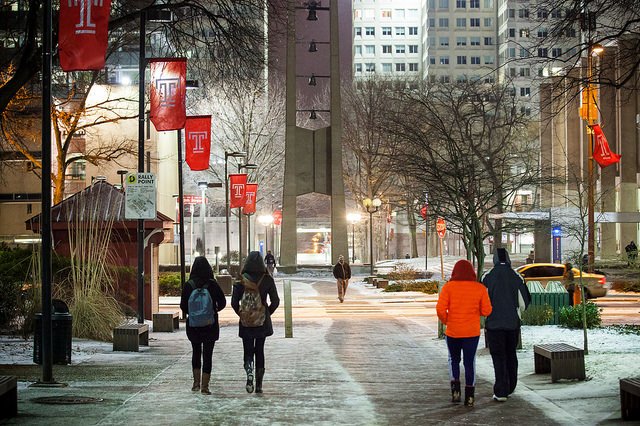 Temple University announced this week that it will get tough on students with new measures to strengthen enforcement of alcohol policies and increase monitoring of student behavior in the neighborhoods surrounding its North Philadelphia campus.

“We recognize that social events are part of college life, and as long as these events are conducted in a safe, respectful manner, they are acceptable,” Theobald said. “However, we cannot condone disrespectful and disruptive behavior by a relatively small number of students, nor can we ignore an increase in the number of students hospitalized and injured during events involving alcohol. For these reasons, Temple University is taking a strong stand against unruly behavior in and around campus.”

The new patrol policies and fines, to be enforced with the help of Temple’s Department of Campus Safety and the city’s Department of Licenses & Inspections, cover a variety of issues related to the university’s Student Conduct Code and the effects of frequent parties in private housing.

During peak party times from Thursday through Saturday nights, a community support team will join campus police in neighborhood patrols meant to ensure that local parties are under control and students are safe. L&I will be tasked with enforcing compliance with the city building code and other safety requirements.

Set in the context of friction between North Philadelphia community groups and the university over a proposed $100 million stadium, the revised student conduct policies, in conjunction with Temple’s existing Good Neighbor Initiative, are aimed at curbing disturbances that stem from excessive drinking.

Judith Robinson, a lifelong North Philadelphia resident and chairwoman of the 32nd Ward RCO, or registered community organization, told PhillyVoice that the new policies will certainly help, but larger concerns in the community will require a dialogue between the university and its neighbors.

"Temple should sit down with members of the community to come up with some kind of concrete implementation for the 2012 Task Force recommendations," Robinson said, referring to the "Final Report of the Community and Student Off Campus Issues and Concerns Task Force," a previous effort to bring to light problems in the neighborhood.

Robinson said the challenges extend beyond drunken students to persistent issues such as vandalism, limited parking and improper trash disposal. It is most alarming, she said, that Temple will welcome the largest incoming freshman class in university history in the fall.

"These issues will only increase if Temple doesn't have a real plan in place with participation from the community," she said. "We're not trying to cramp anyone's style. I'm sure it's drunken behavior, but it needs to be dealt with. We know we have some issues, too. But when there's vandalism and people sometimes calling your neighbors n----r, that's a real problem."

While the frequency of such incidents is hard to measure on a day-to-day basis, as recently as February Temple officials posted an alert seeking help to locate three suspects who drew racial and anti-semitic slurs onto the roof of a snowy car.

As a starting point, Robinson suggested creating a partnership to with the community nonprofit Susquehanna Clean-Up Pick-Up, which regularly holds cleaning days and advises neighbors about how to properly dispose of their trash. She shared several photos of discarded furniture piles and an example of how trash is often left too far from the curbside for pickup. Robinson said this is problem among students and community members. 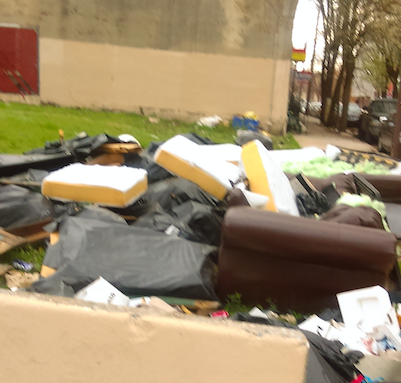 Piles of furniture in North Philadelphia. 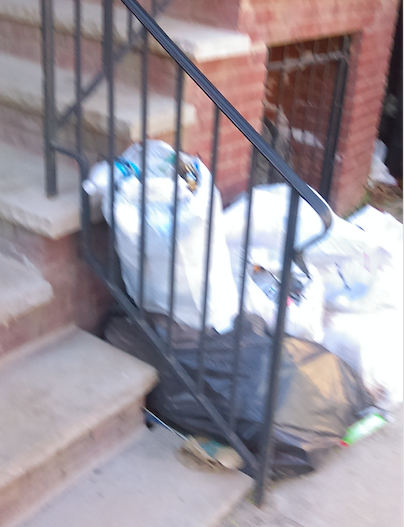 "It happens every trash day," said Robinson, a real estate agent. "If it's not at the curb, it just gets left there week after week."

Under the revised Student Conduct Code, the mandatory minimum fine for alcohol violations will remain at $250 for the first offense, but increase to $750 and $1,000 for the second and third offenses. Any further charges, such as property damage or disorderly conduct, will be evaluated by the university to determine whether suspension or expulsion is warranted.

The revisions also shift focus from individual students to the hosts of off-campus parties, who will now be subject to the same penalties as those who are caught drinking – either underage or in violation of policies – even if they are not present at the party. Any resident whose name is on the lease of a property hosting a problematic party could face fines of up to $1,500 per resident.

To promote safety, Temple will also support alcohol education programs, such as Define Your Line, that are designed to help students make informed decisions about drinking and risky behavior. These programs will be coordinated in partnership with Temple Student Government.

“In talking with neighbors about their concerns, student behavior surrounding off-campus parties is one of the biggest complaints I hear,” said Joyce Wilkerson, Temple’s senior adviser for community relations and development. “These initiatives will make a difference in addressing those concerns and promote a safer environment for everyone in our community.”

University officials also pledged to improve neighborhood conditions by minimizing trash on the streets and working with the city to provide dumpsters at key locations during peak move-out times for students.

While Theobald notes the drinking issues apply to just a small segment of the student population, loud parties and off-campus misconduct fit into larger patterns of crime that have created tension between community residents and students for years.

Since March 29 alone, according to Temple's Main Campus Crime Log, there have been 20 thefts, 11 instances of harassment, seven charges of criminal mischief, eight cases of disorderly conduct and underage drinking, two cases of fraud and one simple assault.

As Temple enters the design phase for its proposed stadium, North Philadelphia community groups, led by Stadium Stompers, have planned a "Day of Action" on April 14 to protest not only the stadium, but police tactics such as stop-and-frisk and substandard wages in Philadelphia. The coalition has vowed to "completely shut down North Broad Street" from City Hall to Temple's Main Campus.

"As a homeowner, there's no way I have the same issues as these protesters or the students, but people in our community really should coalesce," Robinson said. "Crime is huge problem. It's a matter of safety for all of us, Temple students and neighborhood residents alike."

The 22nd Police District, which runs from Germantown Avenue west to the Schuylkill River and Dauphin Street south to Poplar Street, recently welcomed Capt. Robert Glenn as its new leader. Robinson said she wants Glenn to be a part of community discussions about addressing crime.

"There are a lot of homicides here," Robinson said. "I would love to find out what they plan to do about crime. Summer's not here yet. What's the plan?"

The stadium debate is just beginning, but Robinson believes first and foremost that Temple should actively work with community members to revisit the 2012 Task Force report.

"I would respectfully request that Temple convene another meeting with community members to go over the recommendations in that report. We may not be able to do them all, but there were good ones," Robinson said. "Let the community speak, let us know what we can do. It's happening to us. We need to tell them what's going on, so let's see if we can get some kind of relationship going here."