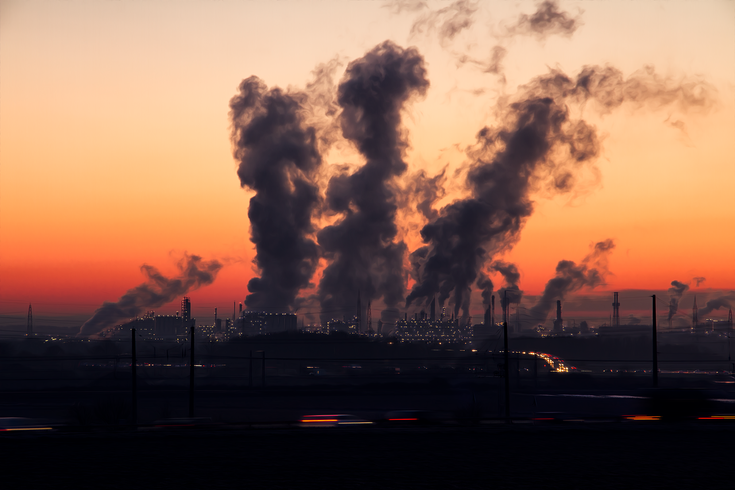 People living in cities with high pollution levels, like Philadelphia, have a greater chance of developing glaucoma, a serious eye disease that can lead to blindness.

A surprising relationship between air pollution and eye health has been uncovered by University College London researchers.

People living in cities with high pollution levels, like Philadelphia, have a 6% greater chance of developing glaucoma, a serious eye disease that can lead to blindness.

"Air pollution may cause inhaled particles to get into blood vessels," study co-author Paul Foster, a professor of glaucoma studies, told Men's Journal.

Those air particles travel into the nerves in the eyes, causing gradual damage to the retina. Higher particle concentration was associated with thinner macular ganglion cell-inner plexiform layer, which is a characteristic of glaucoma.

Blindness caused by glaucoma is irreversible. According to the Glaucoma Research Foundation, most people don't realize they have it until it is well advanced. There is no cure for glaucoma and early treatment is important to slow down the progression of the disease. That's why people need to know their risk factors.

Philadelphia continues to rank among the nation's 25 worst cities for ozone and year-round particle pollution. Every year, outdoor air pollution cuts the lives of about 100,000 U.S. residents short by a decade or two.

Last summer, an explosion and fire at the Philadelphia Energy Solutions refinery produced the highest concentration of benzene, a dangerous chemical linked to cancer, among 114 U.S. refineries, according to an Environmental Integrity Project report.

So how can you better protect yourself? Try to avoid being outside for long periods of time during peak pollution hours. Make sure you have a good air filtration system in your home and that you change the filter frequently. Also, get regular eye checkups to monitor your health.

The study's findings were published in the journal Investigative Ophthalmology & Visual Science.