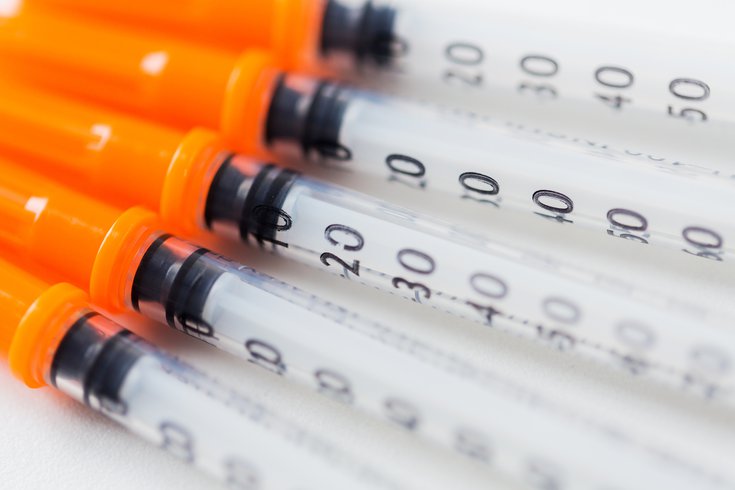 Many people with diabetes rely on underground exchanges to get insulin because they cannot afford to pay for the life-saving medication.

DENVER — D.j. Mattern had her Type 1 diabetes under control until COVID’s economic upheaval cost her husband his hotel maintenance job and their health coverage. The 42-year-old Denver woman suddenly faced insulin’s exorbitant list price — anywhere from $125 to $450 per vial — just as their household income shrank.

She scrounged extra insulin from friends, and her doctor gave her a couple of samples. But as she rationed her supplies, her blood sugar rose so high her glucose monitor couldn’t even register a number. In June, she was hospitalized.

“My blood was too acidic. My system was shutting down. My digestive tract was paralyzed,” Mattern said, after three weeks in the hospital. “I was almost near death.”

So she turned to a growing underground network of people with diabetes who share extra insulin when they have it, free of charge. It wasn’t supposed to be this way, many thought, after Colorado last year was the first of 12 states to implement a cap on the copayments that some insurers can charge consumers for insulin. But as the COVID pandemic has caused people to lose jobs and health insurance, demand for insulin sharing has skyrocketed. Many patients who once had good insurance are now realizing the $100 cap is only a partial solution, applying just to state-regulated health plans.

Colorado’s cap does nothing for the majority of people with employer-sponsored plans or those without insurance coverage. According to the state chapter of Type 1 International, an insulin access advocacy group, only 3% of patients with Type 1 diabetes under 65 could benefit from the cap.

Such laws, often backed by pharmaceutical companies, give the impression that things are improving, said Colorado chapter leader Martha Bierut. “But the reality is, we have a much longer road ahead of us.”

The struggle to afford insulin has forced many people into that underground network. Through social media and word-of-mouth, those in need of insulin connect with counterparts who have a supply to spare. Insurers typically allow patients a set amount of insulin per month, but patients use varying amounts to control their blood sugar levels depending on factors such as their diet and activity that day.

Though it’s illegal to share a prescription medication, those involved say they simply don’t care: They’re out to save lives. They bristle at the suggestion that the exchanges resemble back-alley drug deals. The supplies are given freely, and no money changes hands.

For those who can’t afford their insulin, they have little choice. It’s a your-money-or-your-life scenario for which the American free-market health care system seems to have no answer.

Exacerbated by the pandemic

Surveys conducted before the pandemic showed that 1 in 4 people with either Type 1 or Type 2 diabetes had rationed insulin because of the cost. For many Blacks, Hispanics and Native Americans, the pinch was especially bad. These populations are more likely to have diabetes and also more likely to face economic disparities that make insulin unaffordable.

Then COVID-19 arrived, with economic stress and the virus itself hitting people in those groups the hardest.

This year, the American Diabetes Association reported a surge in calls to its crisis hotline regarding insulin access problems. In June, the group found, 18% of people with diabetes were unemployed, compared with 12% of the general public. Many are wrestling with the tough choices of whether to pay for food, rent, utilities or insulin.

Rep. Dylan Roberts, a Democrat who sponsored Colorado’s copay cap bill, said legislators knew the measure was only the first step in addressing high insulin costs. The law also tasked the state’s attorney general to produce a report, due Nov. 1, on insulin affordability and solutions.

“We went as far as we could,” Roberts said. “While I feel Colorado has been a leader on this, we need to do a whole lot more both at the state and national level.”

According to the American Diabetes Association, 36 other states have introduced insulin copay cap legislation, but the pandemic stalled progress on most of those bills.

Insulin prices are high in the U.S. because few limits exist for what pharmaceutical manufacturers can charge. Three large drugmakers dominate the insulin market and have raised prices in near lockstep. A vial that 20 years ago cost $25 to $30 now can run 10 to 15 times that much. And people with diabetes can need as many as four or five vials per month.

“It all boils down to cost,” said Gail deVore, who lives in Denver and has Type 1 diabetes. “We’re the only developed nation that charges what we charge.”

Before the COVID crisis triggered border closures, patients often crossed into Mexico or Canada to buy insulin at a fraction of the U.S. price. President Donald Trump has taken steps to lower drug prices, including allowing for the importation of insulin in some cases from Canada, but that plan will take months to implement.

The kindness of strangers

DeVore posts on social media three or four times a year asking if anybody needs supplies. While she’s always encountered demand, her last tweet in August garnered 12 responses within 24 hours.

“I can feel the anxiety,” deVore said. “It’s unbelievable.”

She recalled helping one young man who had moved to Colorado for a new job but whose health insurance didn’t kick in for 90 days. She used a map to choose a random intersection halfway between them. When deVore arrived on the dusty rural road after dark, his car was already there. She handed him a vial of insulin and testing supplies. He thanked her profusely, almost in tears, she said, and they parted ways.

“The desperation was obvious on his face,” she said.

It’s unclear just how widespread such sharing of insulin has become. In 2019, Michelle Litchman, a researcher at the University of Utah’s College of Nursing, surveyed 159 patients with diabetes, finding that 56% had donated insulin.

“People with diabetes are sometimes labeled as noncompliant, but many people don’t have access to what they need,” she said. “Here are people who are genuinely trying to find a way to take care of themselves.”

If insulin affordability doesn’t improve, Litchman suggested in a journal article, health care providers may have to train patients on how to safely engage in underground exchanges.

The hashtag #Insulin4all has become a common way of amplifying calls for help. People sometimes post pictures of the supplies they have to share, while others insert numbers or asterisks within words to avoid social media companies removing their posts.

Although drug manufacturers offer limited assistance programs, they often have lengthy application processes. So they typically don’t help the person who accidentally drops her last glass vial on a tile floor and finds herself out of insulin for the rest of the month. Emergency rooms will treat patients in crisis and have been known to give them an extra vial or two to take home. But each crisis takes a toll on their long-term health.

That’s why members of the diabetes community continue to look out for one another. Laura Marston, a lawyer with Type 1 diabetes who helped to expose insulin pricing practices by Big Pharma, said two of the people she first helped secure insulin, both women in their 40s, are in failing health, the result of a lifetime of challenges controlling their disease.

“The last I heard, one is in end-stage renal failure and the other has already had a partial limb amputation,” Marston said. “The effects of this, what we see, you can’t turn your back on it.”

The underground sharing is how Mattern secured her insulin before recently qualifying for Medicaid. When someone on a neighborhood Facebook group asked if anybody needed anything in the midst of the pandemic, she replied with one word: insulin. Soon, an Uber driver arrived with a couple of insulin pens and replacement sensors for her glucose monitor.

“I knew it wasn’t altogether legal,” Mattern said. “But I knew that if I didn’t get it, I wouldn’t be alive.”