The Phillies were reportedly in on Bryant, but didn't want to go past a five-year term 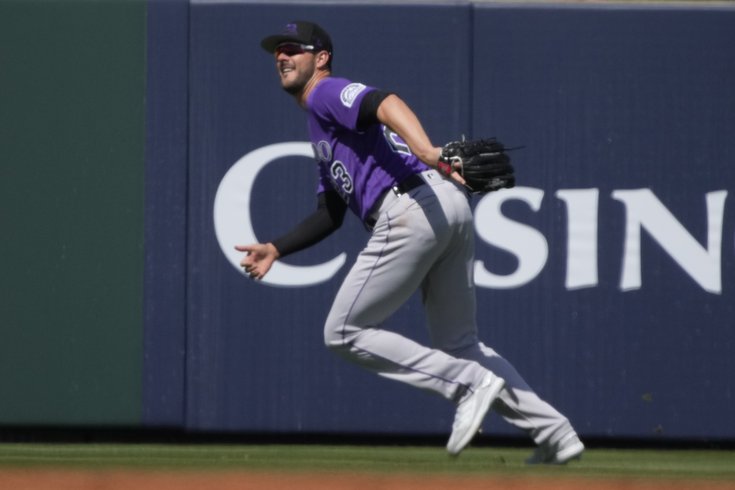 The Phillies were in on Kris Bryant but didn't want to offer more than a five-year contract, according to USA Today's Bob Nightengale.

The 30-year old third baseman, who was one of the biggest names on the free agent market, signed with Colorado on a seven-year, $182 million deal.

It wasn't for a lack of interest. Once the lockout ended, Bryce Harper was reportedly "stumping" to have his friend and Las Vegas native join him in Philadelphia, and the club was later reported to be a finalist for him alongside the Rockies.

And, as you can tell from the moves the Phillies did make, money and concern with exceeding the luxury tax wasn't an issue.

But Bryant, according to Nightengale, wanted a term of at least seven years. The Phillies weren't willing to go for that long, the Rockies were.

Bryant, who played his entire career with the Chicago Cubs before being dealt to San Francisco at last season's trade deadline, hit .265 with an .835 OPS and 25 home runs in 2021. For his seven-year career so far, he's a .278 hitter with an .880 OPS, and has been a pretty reliable glove at third base.

The Phillies definitely could've used a reliable glove, but defense doesn't seem to be much of a priority for team president Dave Dombrowski and co.

And with where things stand right now, I think the Phillies, and fans, are pretty happy to have walked away with Kyle Schwarber and Nick Castellanos. 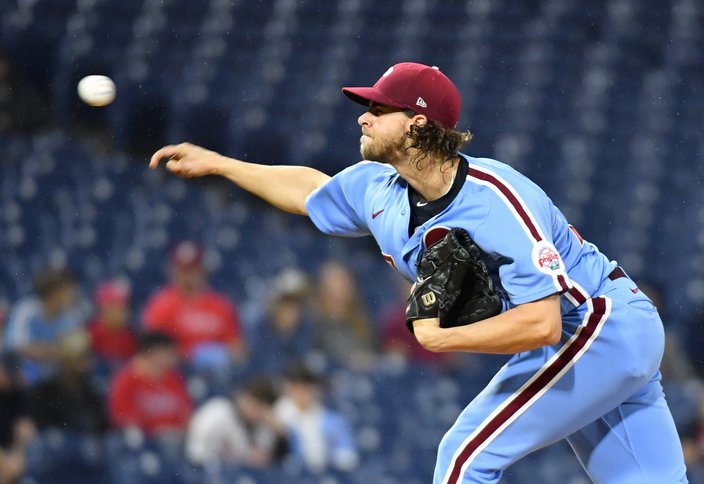 Manager Joe Girardi confirmed after Nola's spring start Thursday that he is expected be on the mound April 8 against the Athletics.

It'll be Nola's fifth straight Opening Day start, but he wasn't the default choice for it this time around. It would've been Zack Wheeler, who had a 2021 campaign worthy of Cy Young consideration, but he came into spring training with shoulder soreness and won't be ready in time.

Nola will be looking to rebound from his inconsistency last season. The 28-year old right-hander went 9-9 with a 4.63 ERA in 32 starts and 180.2 innings pitched.

In Thursday's start against the Pirates, he went three innings, striking out three, but also giving up two solo home runs.

Nola is expected to make two more spring starts, and will be a crucial piece to the Phillies' rotation between himself, Wheeler, and Ranger Suarez.