All our Week 2 coverage in one place 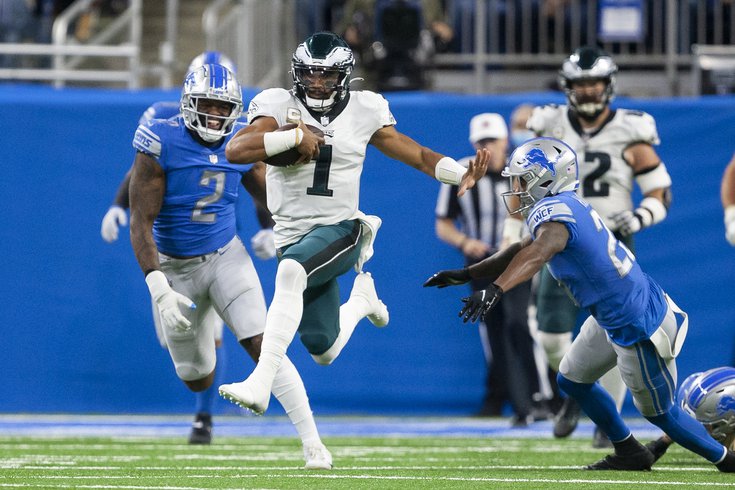 The Monday night start has made for a long week, but we're finally there.

Soon the Eagles will play under the Lincoln Financial Field lights against the Minnesota Vikings in what should be a marquee matchup between two playoff hopefuls.

It'll be the first home game in midnight green for names like A.J. Brown, Haason Reddick, and Jordan Davis, while serving as a big test for a shaky defense in Week 1 against a star-studded offense.

There's been tons of Eagles-Vikings coverage here at PhillyVoice throughout the week, and if you're in need of a gameday primer or refresher, look no further.

We got everything you need below...

Staff picks: Monday night's game could very well go either way, and it reflects in the predictions from our writers.

Expert picks roundup: See who both the national and local media are picking for Monday night's game.

Injury report: The Eagles lost DE Derek Barnett for the season (story on that further down) and won't have Andre Dillard for a while either. Still, they remain pretty healthy going into game 2.

Matchups to watch: How will the Eagles' defense contain Justin Jefferson? Can they clean up their tackling enough to keep Dalvin Cook under control? Jimmy Kempski takes a look at Monday night's five biggest matchups.

The early odds: The Eagles barely escaped Detroit with a win, while the Vikings dominated Green Bay. Philly started the week as a 1.5-point favorite to win their home opener on Monday, but that's a relatively slim margin.

Mailbag: What was up with Jonathan Gannon's defensive game plan last week? And is A.J. Brown really as good as he looked against Detroit? Shamus Clancy answers fans' questions in this week's Eagles mailbag.

'The standard we need': The Eagles beat the Lions, but the defense looked sloppy in the process. Gannon's well aware and stressed that things will get cleaned up. "I thought we did some good things, but 35 points is not good enough," he said. "Had a chance to put that game away a couple different times I thought. We didn't do it and that's what happens. You get in a dogfight like that. Overall, I'm happy we won the game, but that's not the standard we need. We have to improve quick and we will."

Barnett done for the year: DE Derek Barnett tore his ACL in the Week 1 win at Detroit. His season is over.

Janarius Robinson signed: With Barnett's roster spot open, the Eagles signed DE Janarius Robinson off Minnesota's practice squad. Robinson was picked up in the fourth round of the 2021 draft out of Florida State, but spent his rookie year on injured reserve.

Red Zech Redemption: The Lions tried a surprise onside kick last Sunday that Zech McPhearson was more than ready for. He calmly caught the pop-up, then turtled down over the ball. The play wasn't a brilliant display of athleticism, but it secured the Eagles' possession, stifled Detroit's momentum, and for McPhearson, offered a bit of redemption. "I had an experience in college where I learned the hard way, so I didn't want that to happen anymore," McPhearson said. "Let's just say I didn't catch the ball, and I took a mean hit, so this time I was just focused on catching the ball and eating the hit."

Trust in Cove: Britain Covey emerged out of training camp as a preseason hero, and after Jalen Reagor got traded to Minnesota, was called up from the practice squad. He fielded punts for the Eagles in last week's win, and while he didn't do anything spectacular, simply doing the little things right was a refreshing change for the special teams unit compared to the past couple of years.

Reagor's...uh...revenge...: Jalen Reagor apparently has revenge on his mind when he returns to the Linc Monday night. Who exactly he's mad at and with what playing time he intends to seek his "revenge" with, I don't know. He played four snaps last week. None were on offense.

The NFC Hierarchy: Week 1 did not lack for drama, and already shifted the trajectory of where many were expecting the 2022 season to go. Kempski takes a look into the conference's pecking order after the opening week.

NFC East roundup: The landscape of the division changed instantly with Dak Prescott's injury. Shamus Clancy on that and other storylines from around the NFC East.

Eagles Quotables: The best quotes from the players' time with the media this week, including Darius Slay's breakdown of the team's wide receiver Bat-Family.

Over/unders:  How many all-purpose yards will Reagor have? What will Kirk Cousins' completion percentage be? Shamus Clancy sets five over/unders for Monday Night Football.

The Slim Reaper waits: DeVonta Smith was quiet in Week 1 against the Lions. That likely won't be the norm going forward, writes Shamus Clancy.

The third-down X factor: A big reason why the Eagles' offense was able to put up 31 points and stave off the Lions late was Jalen Hurts' ability to convert on third and fourth downs to keep drives alive. A repeat performance in that regard will be key Monday night against the Vikings.