How good are the Phillies going to be this season? 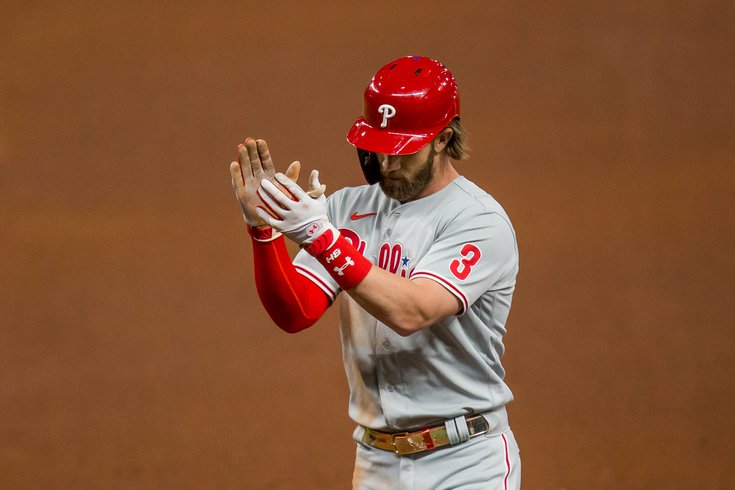 The thing about baseball — at least when it comes to Major League Baseball and the marathon 162-game season — is that it almost allows the cream to rise to the top.

While in a sport like football a team might have a favorable stretch of schedule, or get hot and fire off 3 or 4 wins in a row to make the postseason, teams are much more subject to randomness or luck. Longer season sports reward consistency, and it's really hard for a team to cruise to the playoffs if it is not indeed one of the best 10 teams in the sport.

The Phillies should be a good team in 2021. Most betting sites have their over/under for wins somewhere in the neighborhood of 81, and they're expected to finish above .500. But they play in a very difficult division and expectations for them to make the playoffs may be a bit ambitious.

You don't have to take our word for it. With Opening Day now less than a day away, let's try and set some reasonable expectations for the 2021 Phils. First, here's a look at their World Series odds, via Pa.Unibet.com. Notice that the Braves, Mets and Nationals all have more favorable chances:

How do the Phillies weigh in amid the hierarchy of the entire MLB? Here's a look at where they are ranked in various pre-season power rankings across the baseball media world (plus their World Series odds via Unibet).

It's interesting to see the range of rankings above, with Bleacher Report putting Philly in a respectable 9th slot while publications like MLB.com (which says the Phillies will miss the playoffs) and CBS (which says they'll be third in the NL East) see them way out of playoff contention.

For what it's worth, ESPN predicts just 76 wins for the Phillies, while The Athletic's Keith Law thinks they'll win 82 but still miss the postseason.

Several other baseball outlets have made more specific predictions for the 2021 Phillies. Here's a few interesting ones.

SB Nation's Yankees guy, Andrew Mearns (who writes for Pinstripe Alley) thinks the Phillies decade-long playoff absence is about to come to an end.

The Phillies and Angels both end their playoff droughts with Wild Card runs. The Padres quickly dispatch the Phils from the postseason in the Wild Card Game, but behind big homers from Anthony Rendon & Shohei Ohtani, the Angels upset the Rays before falling to the Yankees in a tight ALDS. But hey, at least Mike Trout finally has a postseason win?  [SB Nation]

The bullpen (7.06 ERA in ’20) won’t be historically bad, but the NL’s longest playoff drought should continue.  [si.com]

For whatever reason, over at FOX Sports, their baseball writing staff put MLB teams into different categories, with the Phillies falling into the third tier, entitled "umm.. what are they doing?" (after the elites and the contenders). Here's what this third tier is:

This is a season unlike any other. Still in the midst of a pandemic and coming off a shortened season that had financial implications, many front offices are sort of in limbo about what exactly to do. Some teams went out and spent money this offseason, but here we find the teams that either claimed they didn’t have money to spend (but did) or seemed they were half in/half out on what to do this season.  [foxsports.com]

We mentioned earlier that the statistics site FiveThirtyEight has the Phillies in the 17th spot, but they provide a lot more information we think is worth mentioning. Their algorithm predicts the Phillies finish below .500 with 80 wins,  and they they have a 12% chance at the NL East and 11% chance at winning one of the two NL Wild Cart spots. They are expected to be fourth in the division.