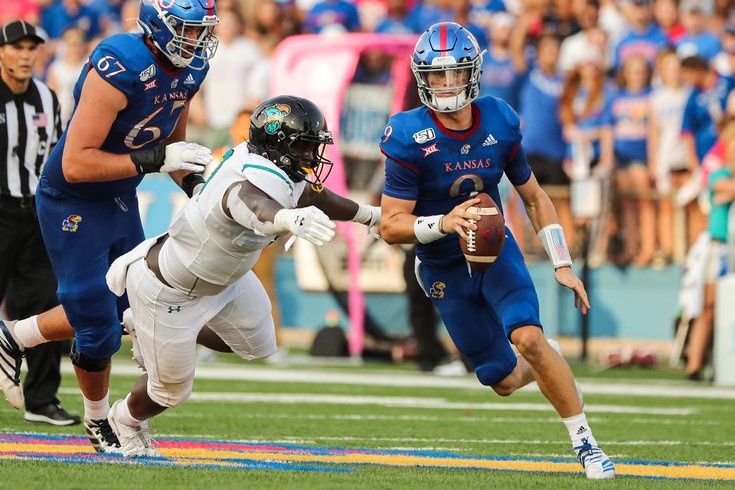 DE Tarron Jackson is the player to watch on 11-0 Coastal Carolina's roster.

As long as you're taking in some college football bowl game action this Saturday, here are some players who could make sense for the Philadelphia Eagles in the 2021 NFL Draft.

As we've noted all year, the 2021 NFL Draft will be loaded with slot receiver talent. Smith isn't quite as explosive as some of the others, but he has an impressive highlight reel of fantastic catches. Like this:

How did Shi Smith hang on to this? 🤯

Ryan Hilinski with a DIME to Shi Smith for the touchdown. pic.twitter.com/xvko3Nx0vp

Smith is tough, fearless, and can make catches in traffic. In that sense, he is sort of a souped up version of Greg Ward with more speed.

Note: The Union Home Mortgage Gasparilla Bowl has been cancelled. 😢

Smith originally enrolled at Florida as a four-star recruit, but he and eight other players were suspended for a credit card scam. Smith was sentenced to two years of probation, and he would leave Florida for a JUCO team, before eventually landing at UAB.

Smith's evaluation is going to be all about his character. If he can impress someone, he could go Day 2. He'd be a good value play on Day 3.

Mitchell has a 6.2 yards per carry average and 45 total TDs in his 41 career college games. While he doesn't have good long speed, he's a "get it and go" back with good acceleration who can get up to top speed quickly and run through tacklers with his decent size.

He also has 47 career catches and a 11.7 yards per catch average. Day 3 guy who has a chance to help himself at the Senior Bowl.

Jackson is a short, thick (likely heavier than 260) pass rusher with 18 sacks the last two seasons (22 games). He is known as a hand fighter, which is sort of a necessary trait given his lack of length.

Jackson (LDE, #9) shows a knack for knifing through gaps with his quickness and physical hands. pic.twitter.com/3ugz7VgDNw

Teams will have to decide where he'll play at the next level, but I like him as a backup behind Brandon Graham at LDE. He's a Day 3 project with potential versatility.

I meant to profile Williams last week for UCF's bowl game against BYU, and then just forgot about him. Oops. So we'll get to him here.

In the eight games Williams played this season, he had a monster season, as his average receiving line was something close to 9-130-1. His game log:

Williams looks more like a running back than a receiver, and like guys with similar builds in the NFL like A.J. Brown and Deebo Samuel, he is YAC machine.

Williams isn't going to run a fast 40, but he is a player who can turn short passes into big gains, especially if matched up against smaller slot corners who will struggle matching his physical play.

There are going to be a slew of fast, explosive slot receivers in the 2021 NFL Draft, and Williams will offer an alternative skill set to those guys at the same position.